A Scanning Tunneling Microscope (STM) is one of a few microscope with atomic resolution. It makes use of the tunneling current which flows between the sample surface and the tip probe when the distance between them is the order of Angstrom. The tip probe is scanned physically two-dimensionally (x-y plane) by piezoelectric material keeping the tunneling current and the bias potential constant and the z position of the tip probe is recorded with better than 0.1 Angstrom resolution. Then it produces three-dimensional topographic images of the sample surface from the recorded position of the tip probe (x,y,z). The tunneling current does not depend only on the sample-probe distance but also on the local electronic structure of the sample surface, one can obtain not only topographical information of the surface but also variety of chemical and physical properties and phenomena on the surface. Several types of spectroscopy are also available with STM and it is called Scanning Tunneling Spectroscopy (STS). The most common STS is to measure the tunneling current (I) as a function of the sample-probe bias potential(V), keeping the sample-probe distance. The local Density of States (DOS) of the surface is obtained from dI/dV curve.

An UHV STM/STS instrument capabe of atomic resolution but limited to room temperature.  The samples can be directly uploaded and/or exchanged with the Surface and Nano Science Lab and the whole suite of APE-NFFA chambers.
The STM/STS has been built at ETH-Zuerich Laboratorium fuer Festkoerperphysik, and is controlled by Dulcinea Control Unit (Nanotec Electronica S.L.) units and WSxM (WSxM solutions) software.  The operation of the STM/STS is compatible with the simultaneous operation of the other end-stations. 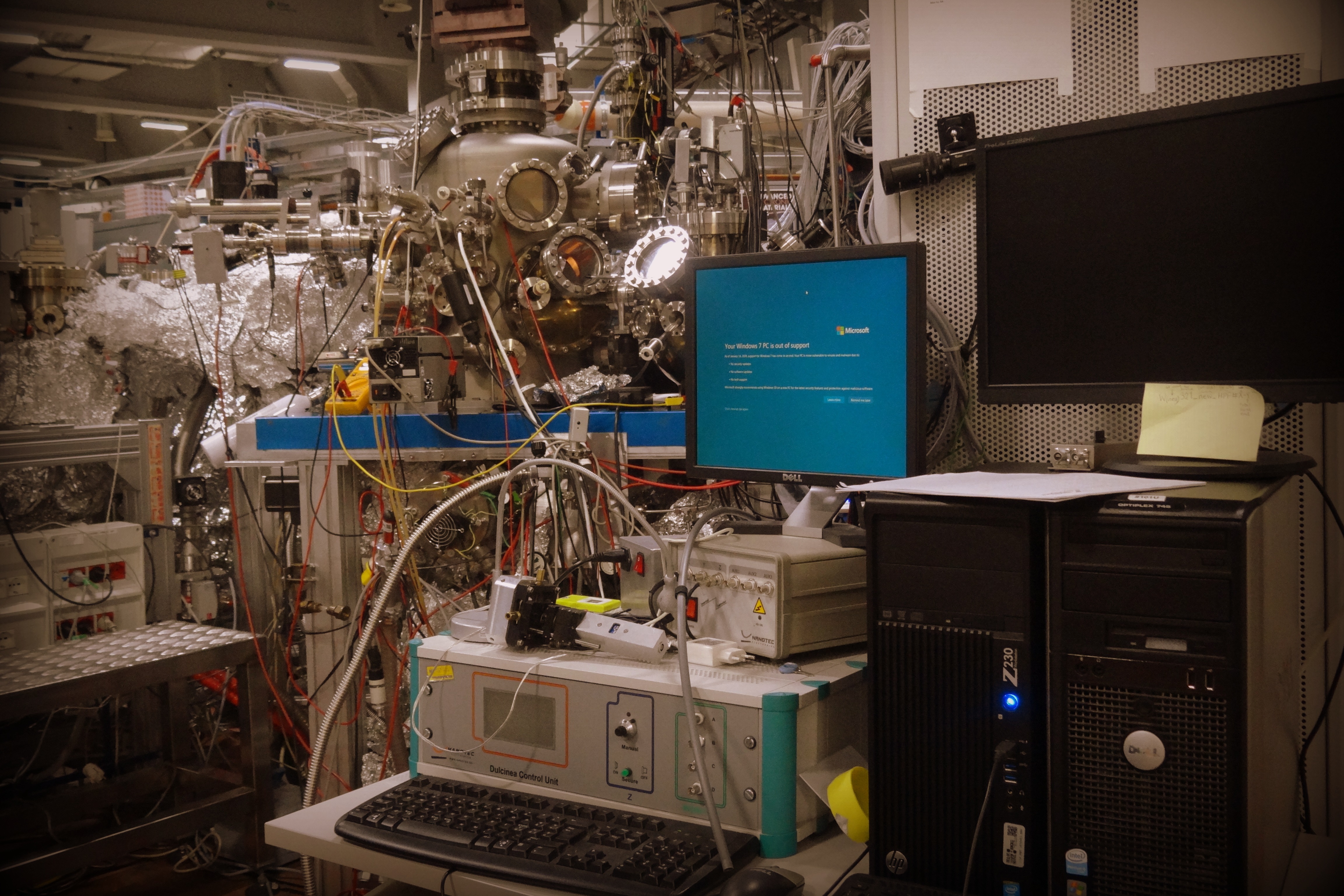 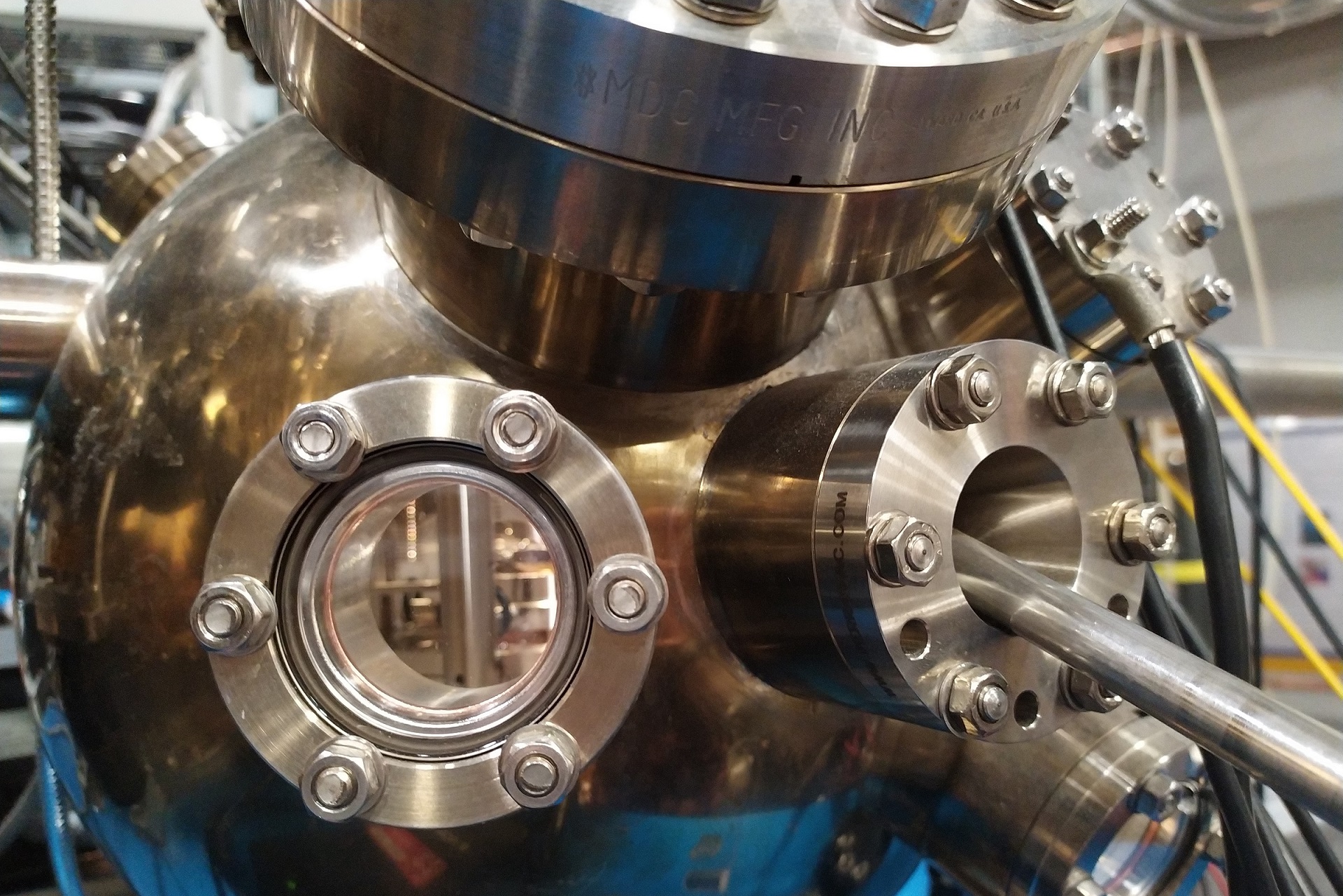 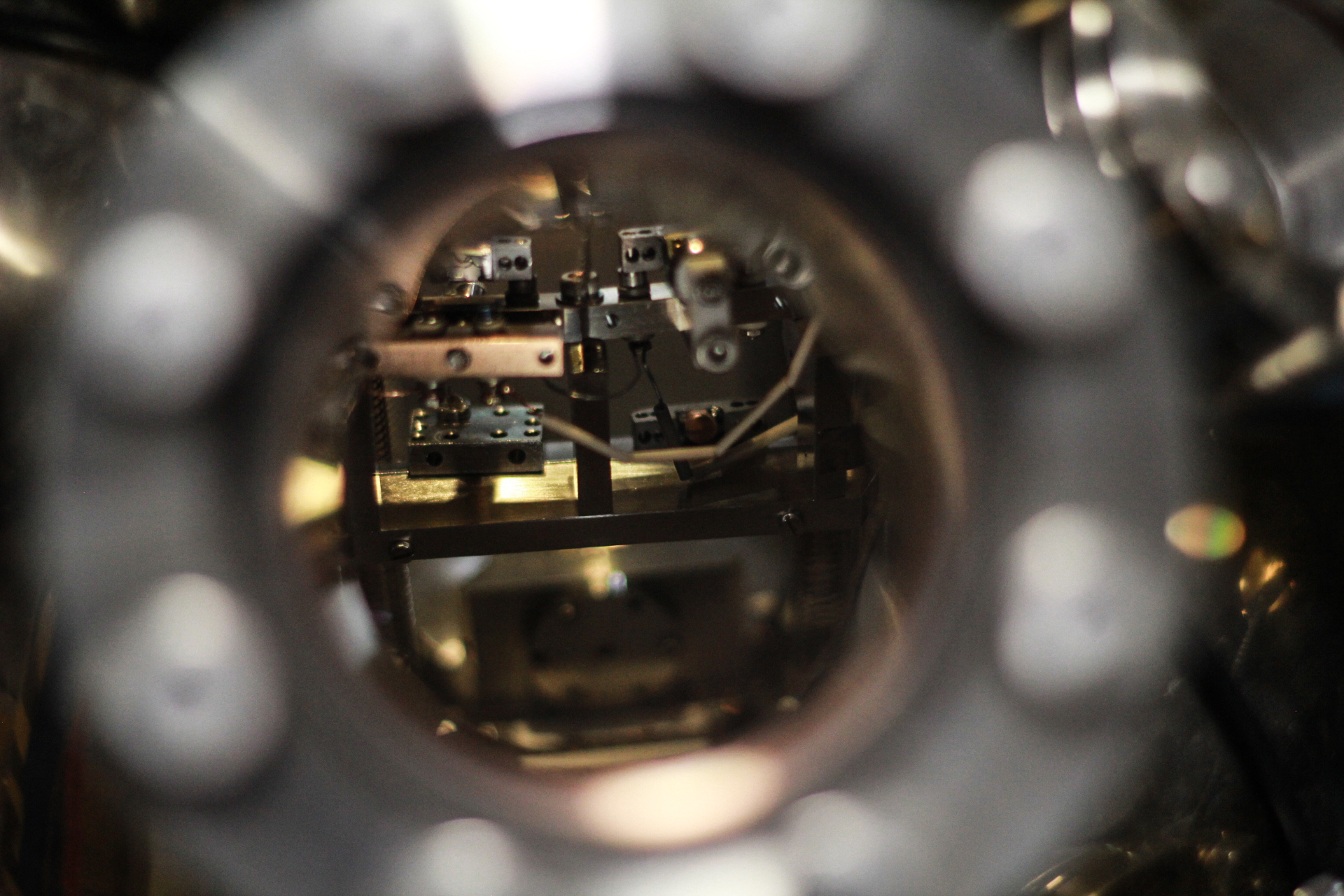 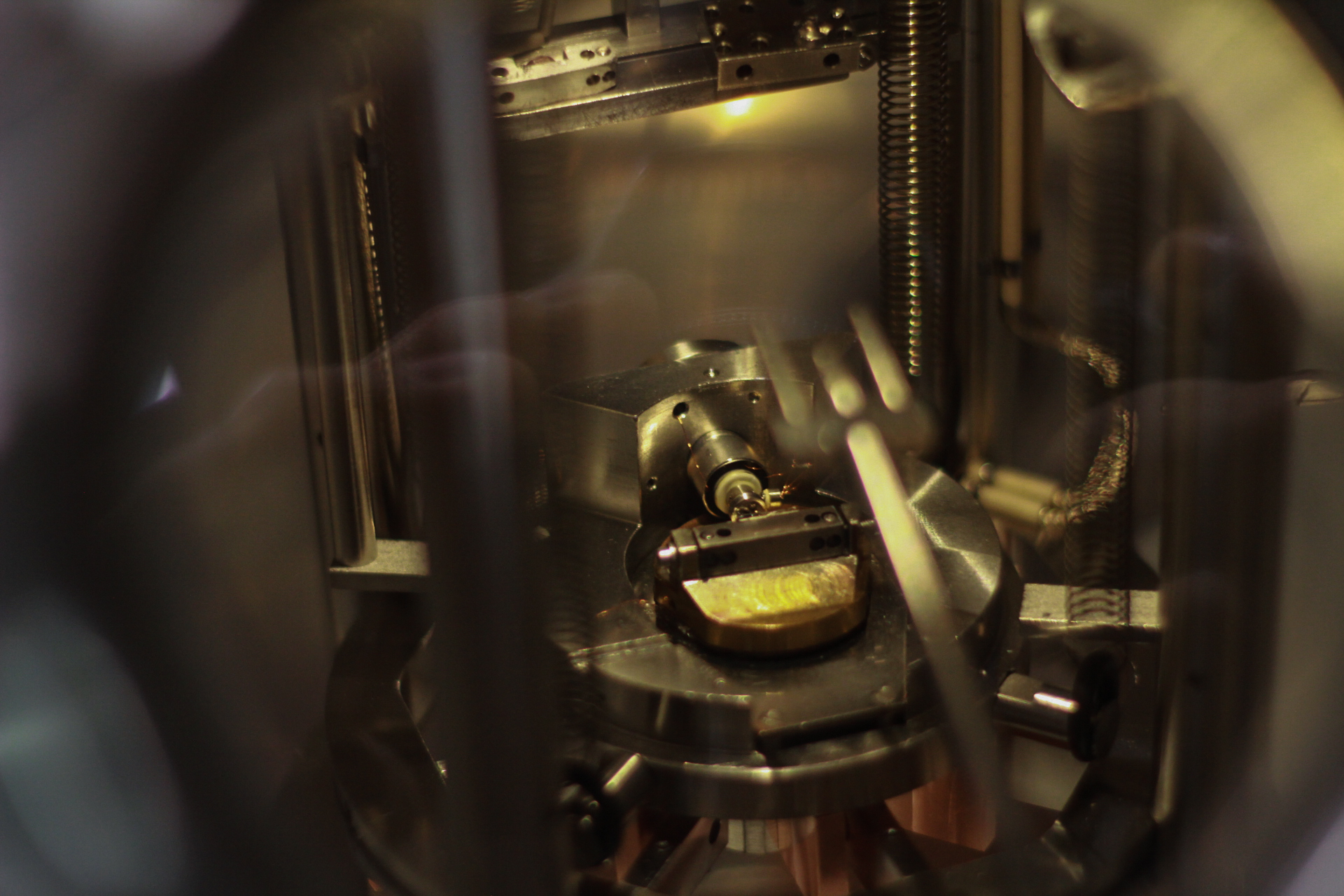