The Maker Faire Trieste 2020 has been held on 4 and 5 September in the main square of Trieste (Piazza Unità d’Italia), in front of the City Hall and the other historical building facing the sea.

The day has been a great success for the launch of NFFA new game “In the labyrinth of nanotechnology”, that combines coding with the exploration of nanotechnology. The game, dedicated to people of all ages, involved getting out from a "hidden" maze in less than 15 minutes by answering questions about the nanotechnology world and following the instructions like a robot.

Over the course of the two days, more than 500 people played the game, mostly children and families, with 180 game sessions registered, 145 sessions in easy mode and 35 in hard mode.

Here are some photos. 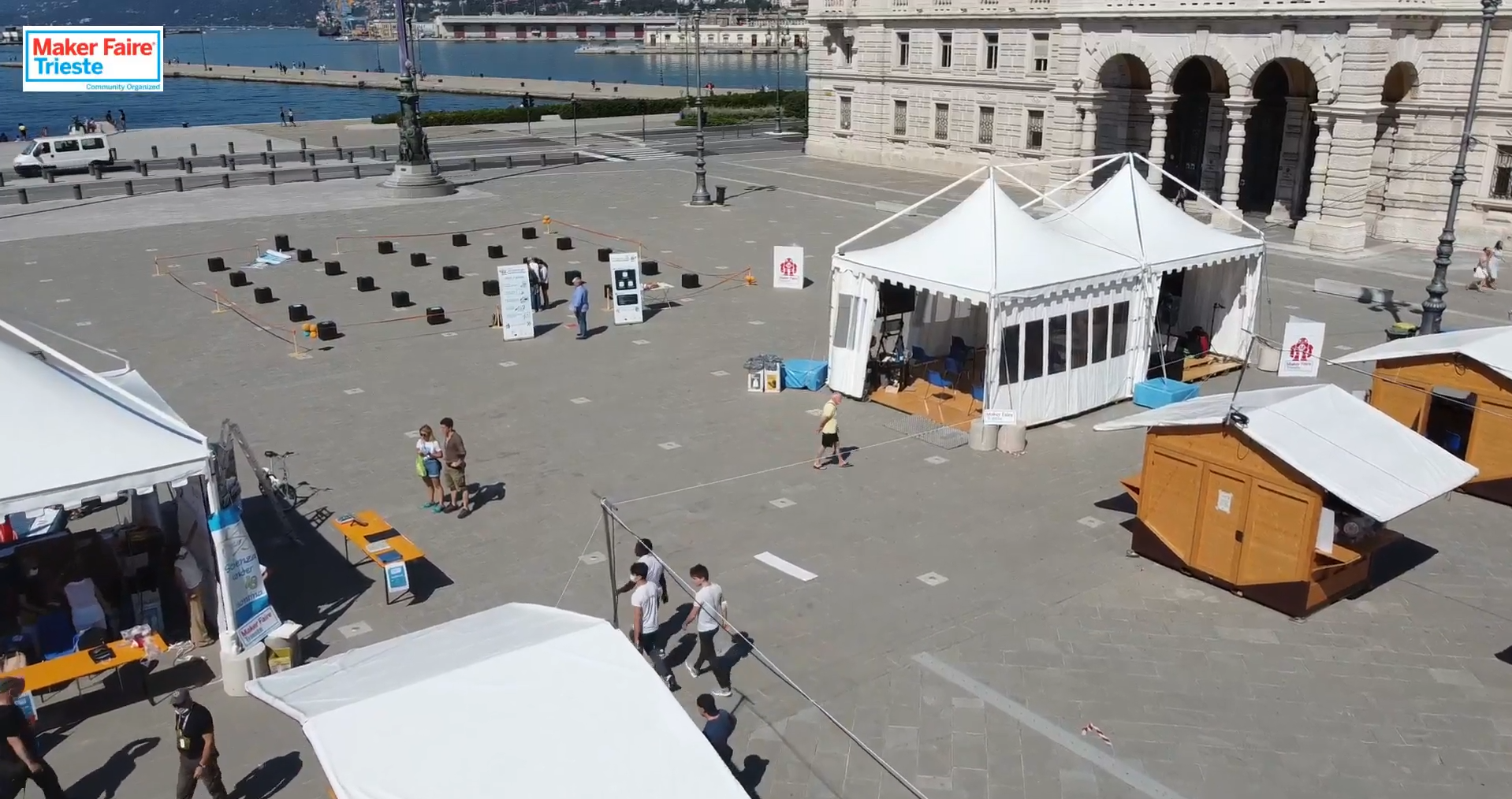 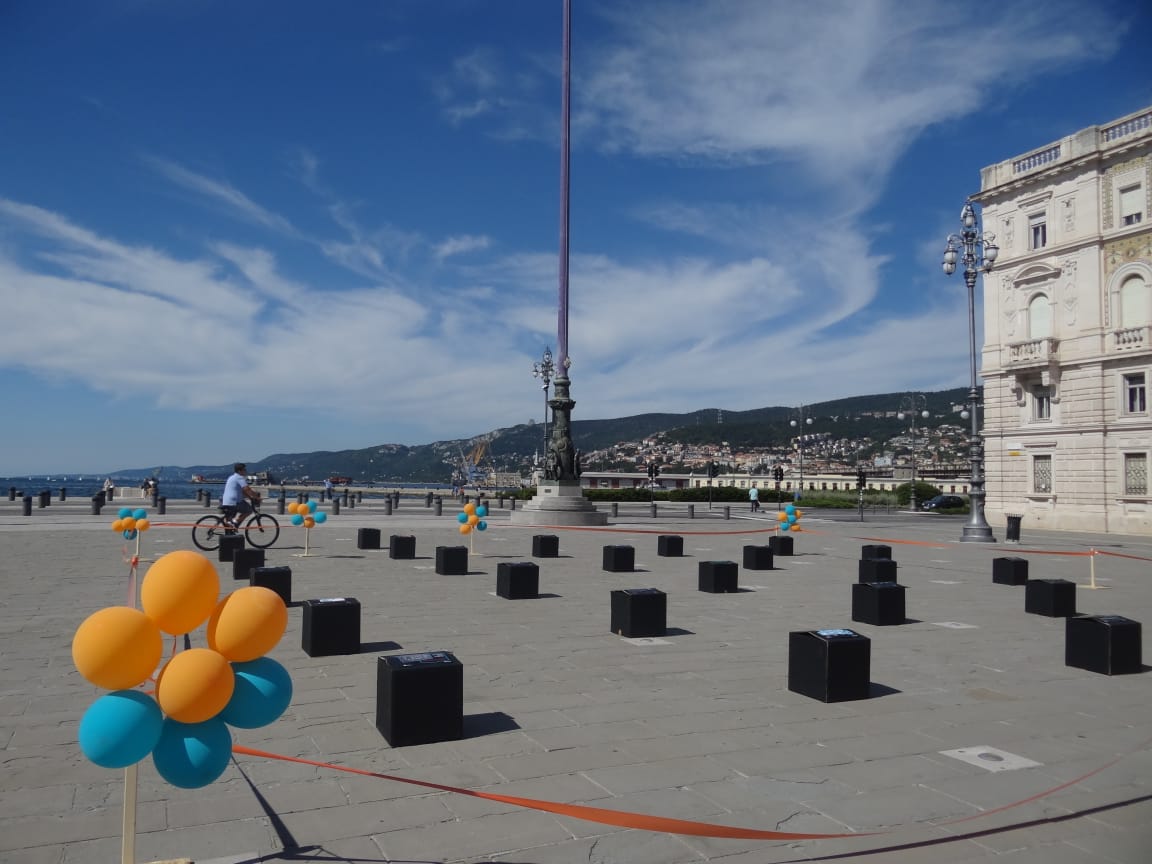 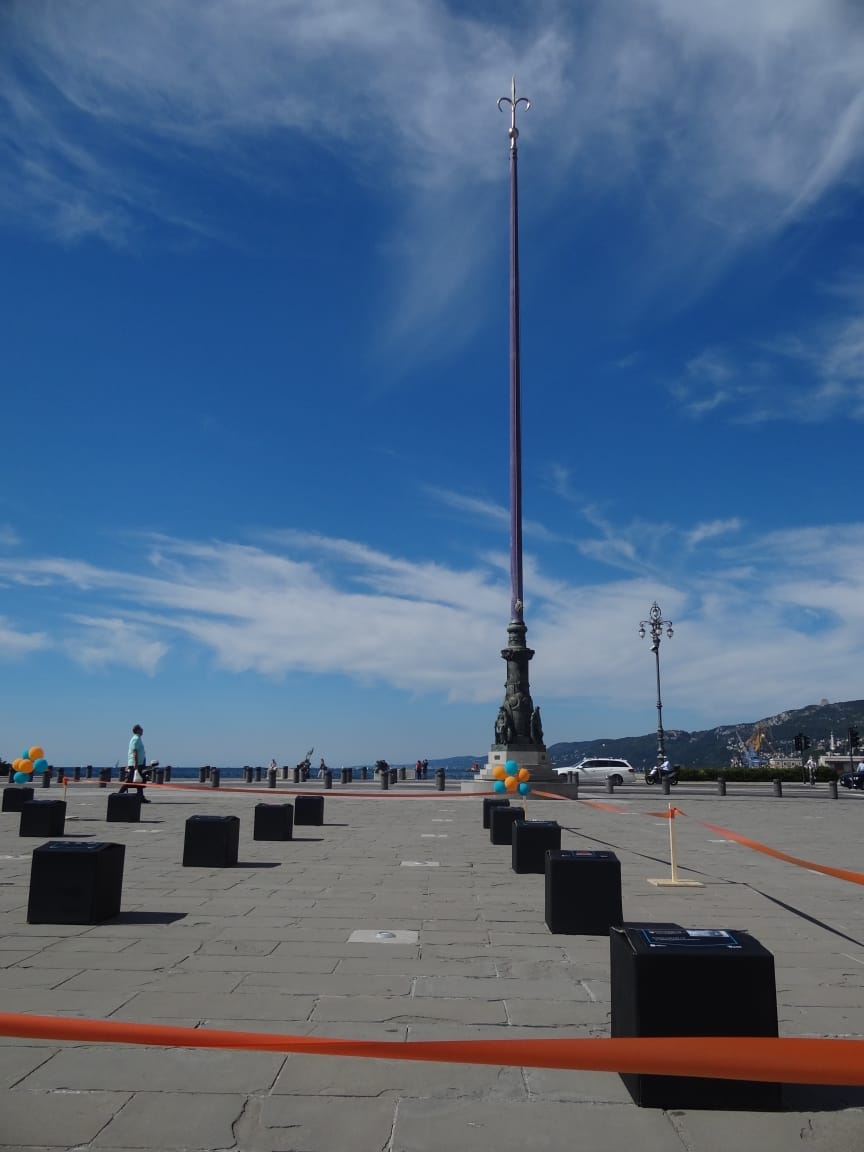 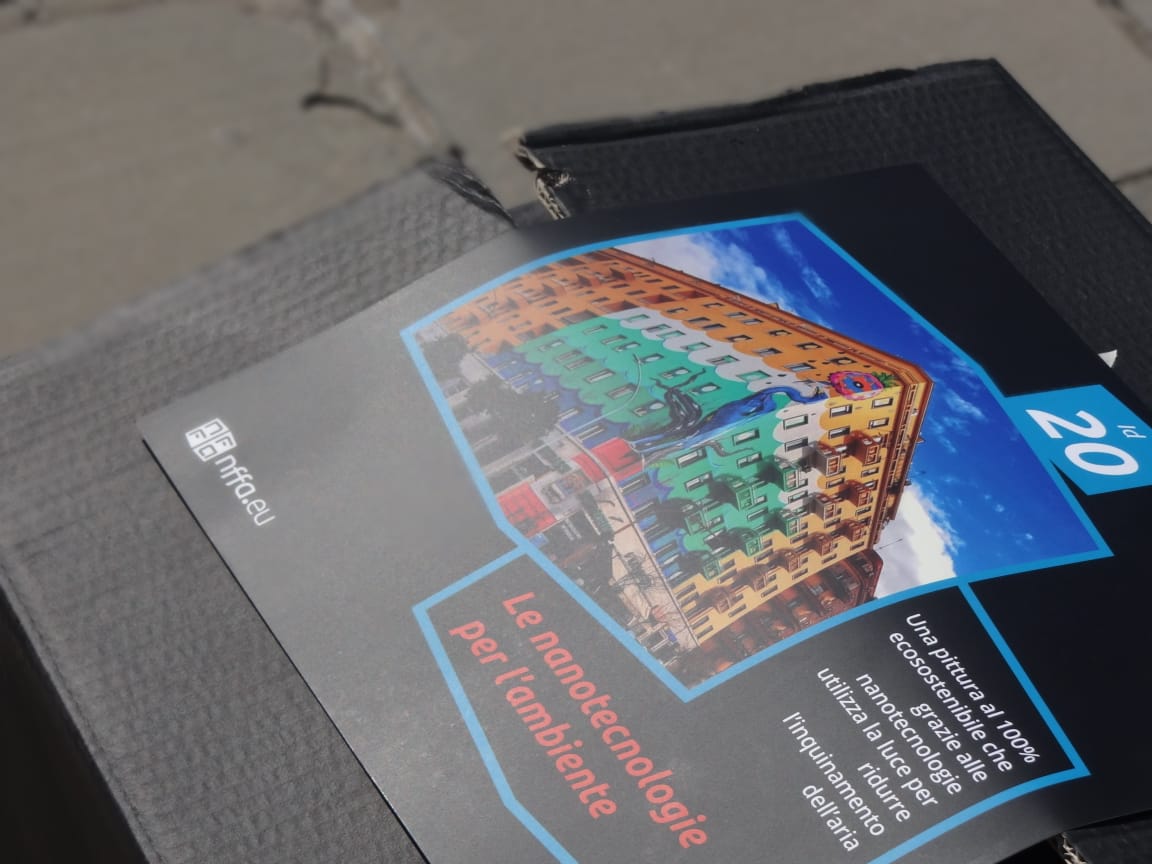 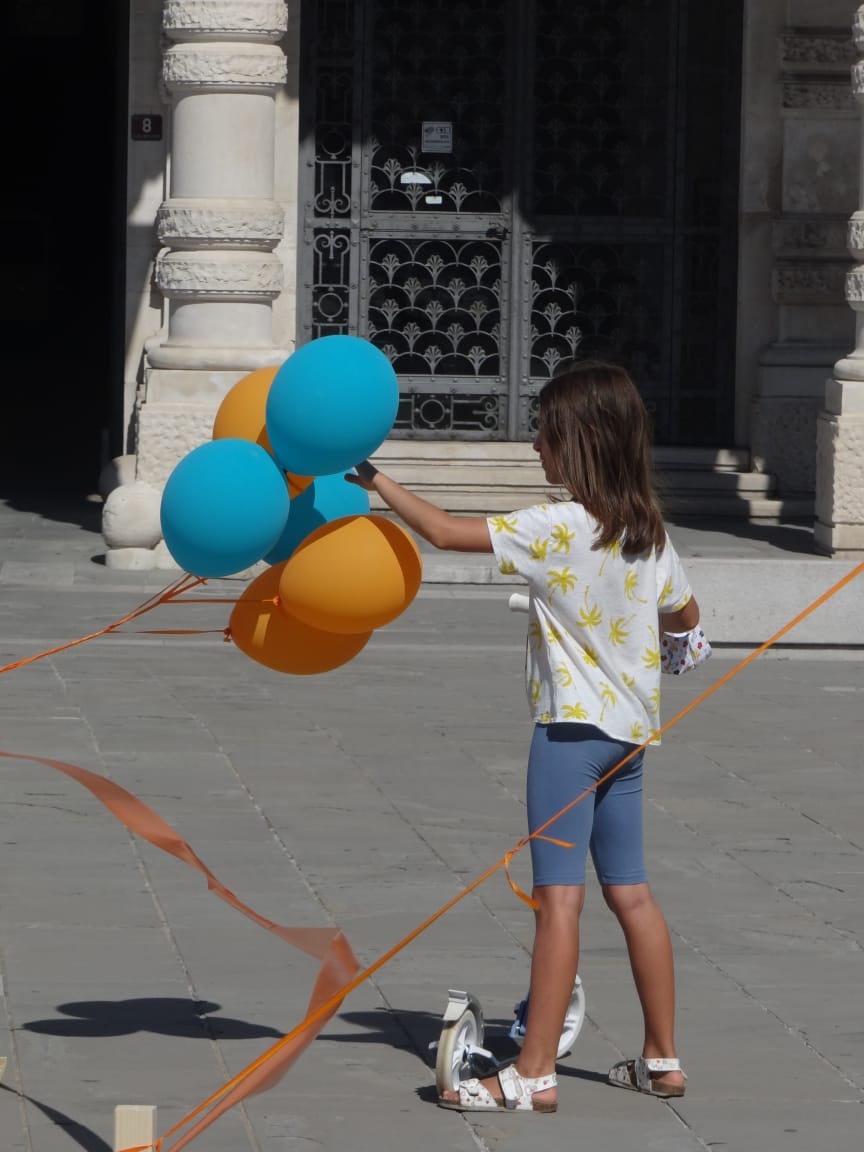 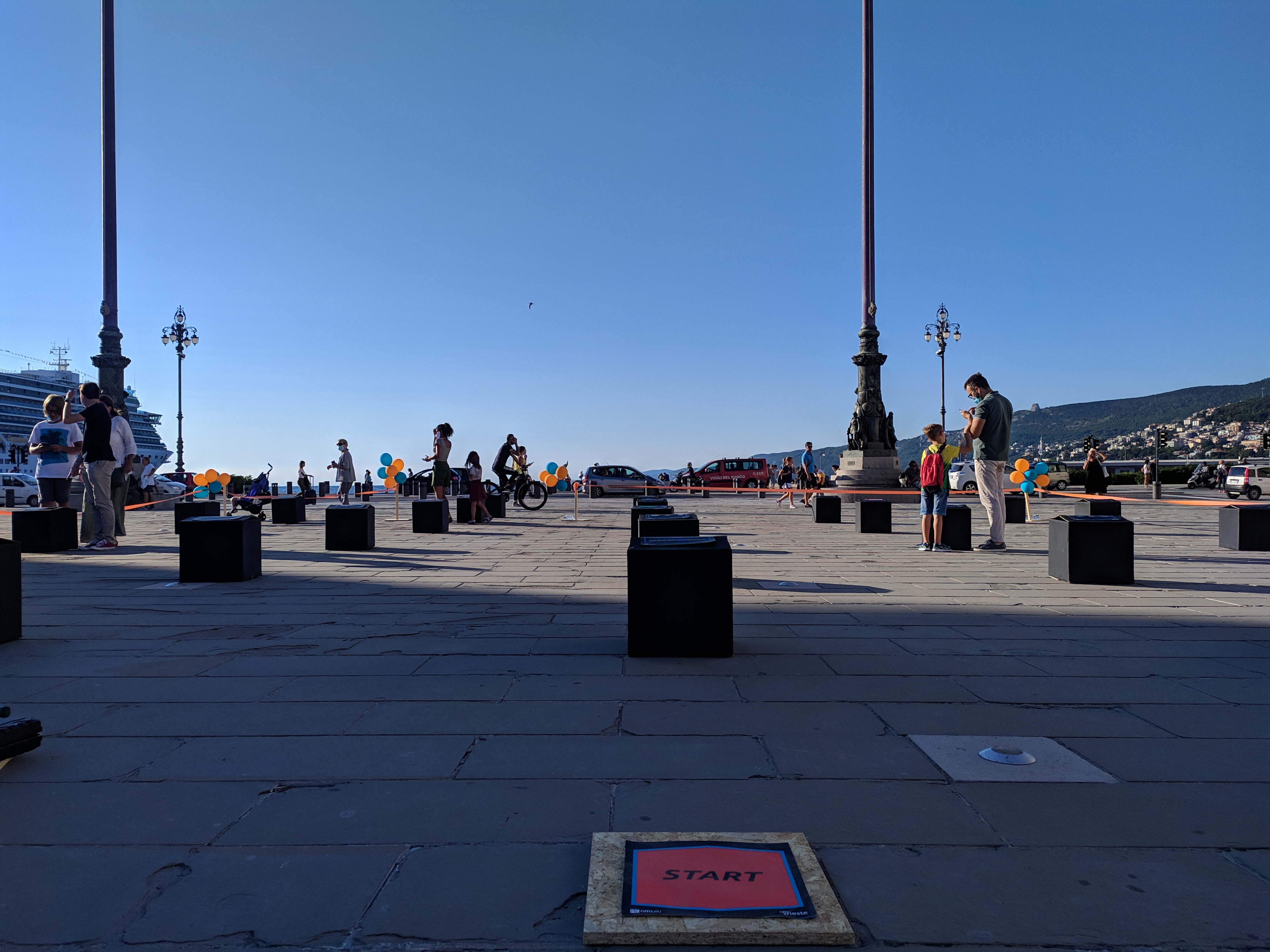 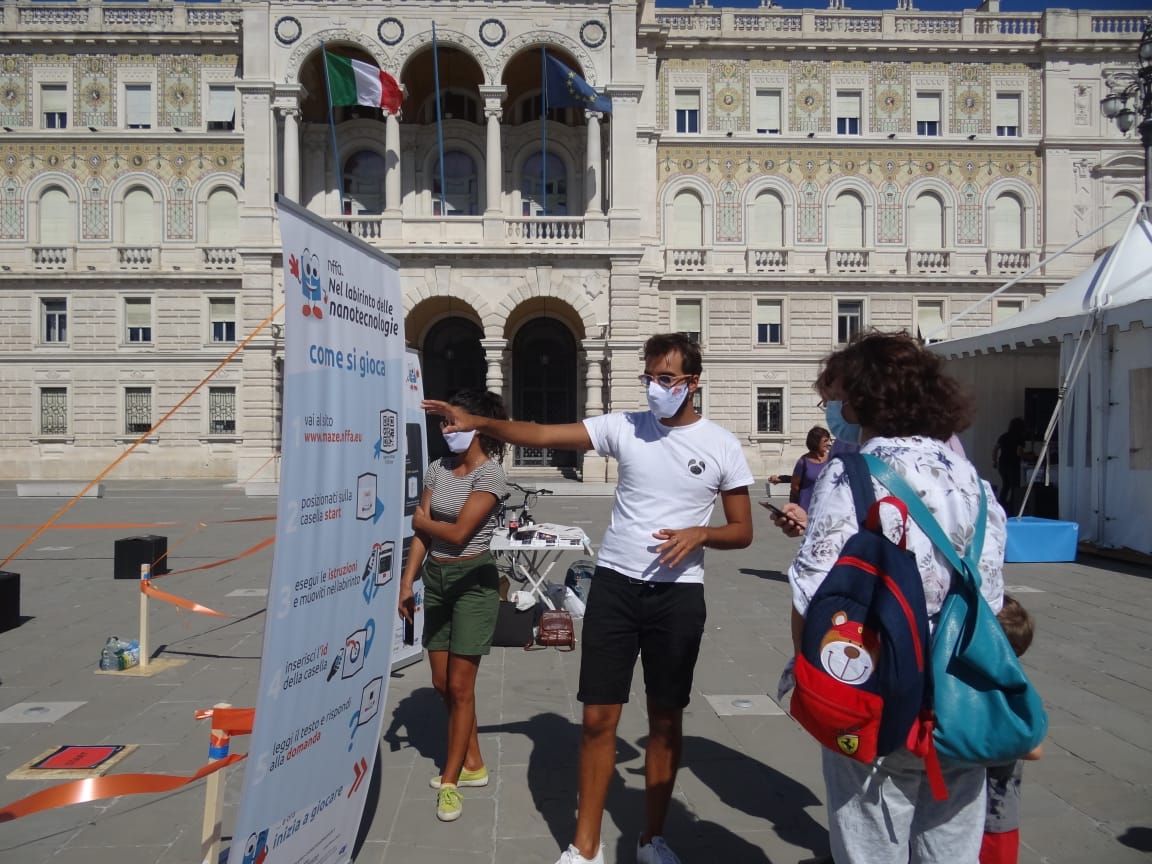 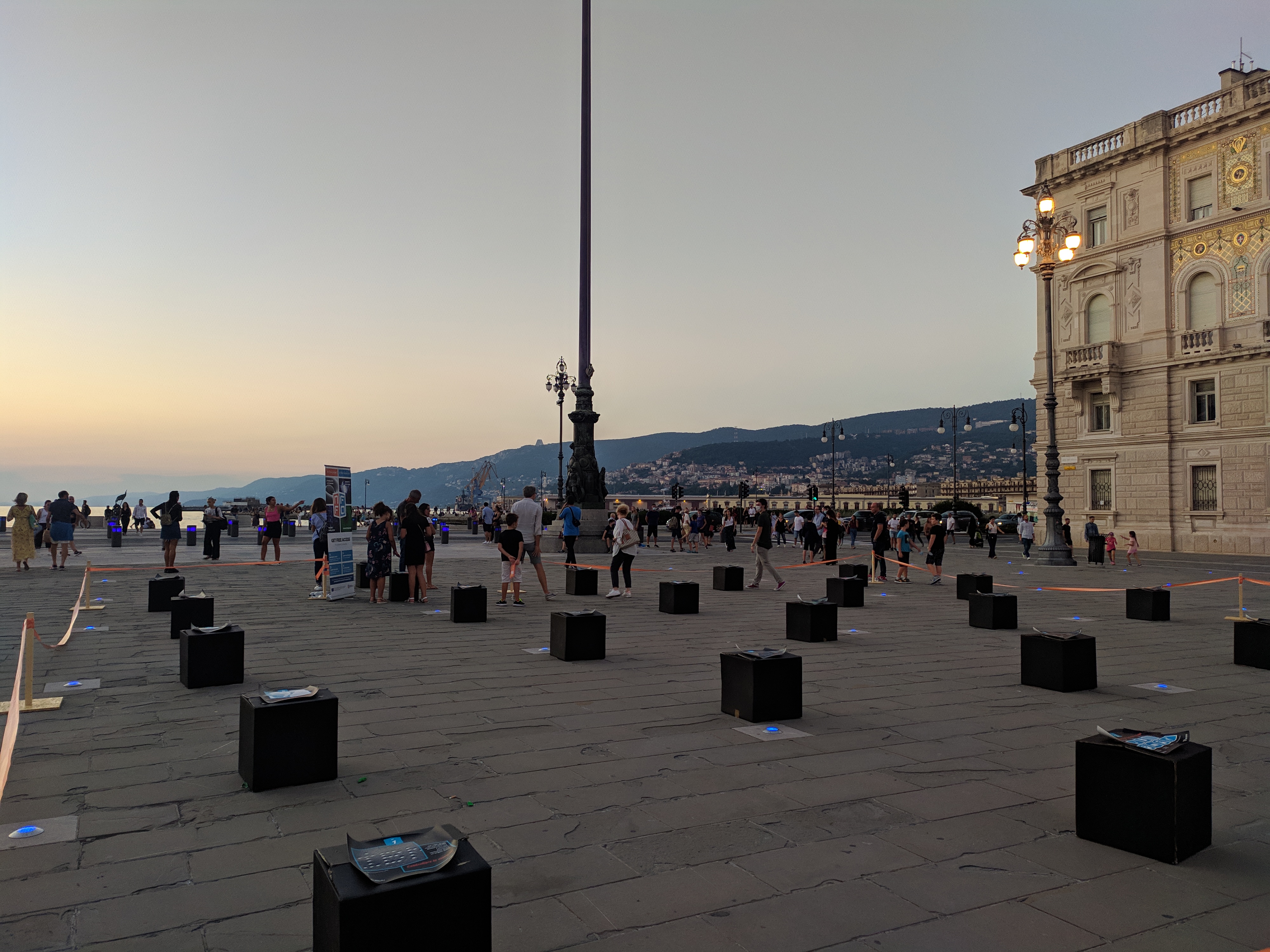 Institutional visit by the president of CNR

Changes to the login system to NFFA Datashare platform

The new dual-PLD system is operational

Nobel Prize in Physics 2021, the Italian Giorgio Parisi also among the winners

Meet our experts at Trieste Next

Nanosciences at the service of the green economy

Open postdoc position at the LISA beamline at ESRF

International Day of Women and Girls in Science

NFFA-Europe as a pilot for new schemes of Research Infrastructure

WEBINAR: How to move from FAIR principles to FAIR practice?

NFFA-Trieste operation in phase 2 of the COVID-19 pandemics

NOXSS-Workshop on The Free Electron Laser for Ultrafast Imaging at the Nanoscale in Erice Italy, June 5-10, 2016

Workshop on Imaging with Femtosecond Electrons and X-ray pulses - IFEXS

ARPES with a new VLEED detector

Characterization of the new HE grating