An international team of researchers led by the National Research Council (CNR), IOM institute in Trieste, Italy, and the Departments of Chemistry at Princeton University, Louisiana State University and Rutgers University in United States, in a joint venture between theorists, experimentalists and sample growers across chemistry and physics, used advanced characterization tools and chemically selective X-ray spectroscopies to study the magnetic and electronic properties of EuSn2P2, a magnetic topological insulator composed of Europium, Tin, and Phosphorus arranged in a layer-by-layer crystalline structure.

The understanding and the interplay of magnetism and high-order topology in a quantum material is one of the most challenging research directions in materials science, holding potentialities for future spintronics applications, where the spin carried by an electron, being an essential quantum entity, could be manipulated and used as information carrier in a device and/or as a single quantum bit of information.

Examples of systems providing an important platform to innovative design of topological spintronics devices are Magnetic Topological Insulators, where exotic new quantum phases induced by magnetic order have been observed and postulated, as e.g. the quantum anomalous Hall effect, and the topological magneto-electric (TME) effect; in this latter case, the mutual control of magnetic/electric polarization led to the theoretical prediction of a new quantum phenotype – the axion insulator – which is the condensed matter analogue of the axion elementary particle postulated in high energy physics by quantum chromo-dynamics, with exotic properties related to the magneto-electric effect, and with the role of a ‘quantum detergent’ (as the name ‘axion’ was given to this hypothetical particle by F. Wilczek inspired by a very popular detergent in the US during the 1950s, see Fig. 1). 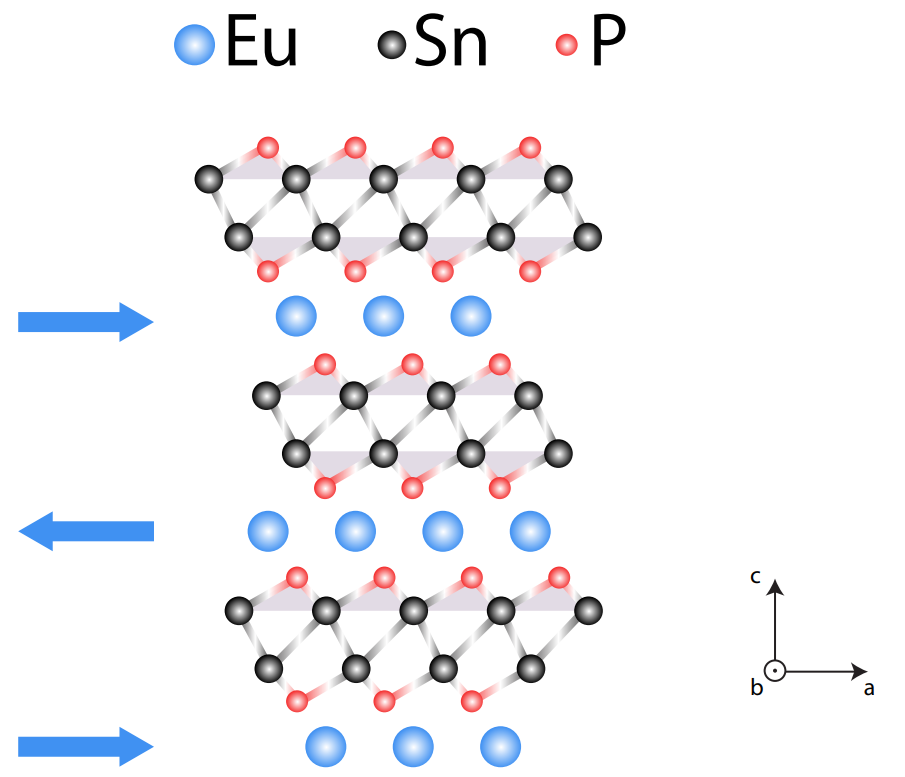 Fig.1: Sketch of the layered structure of EuSn2P2; arrows indicate the direction of the magnetization on Eu atoms.

Fig.1: Sketch of the layered structure of EuSn2P2; arrows indicate the direction of the magnetization on Eu atoms.

The study reveals reveal a richer physics than previously thought, in fact EuSn2P2 not only holds the characteristics of an axion insulator, i.e. the direction of magnetization influences electronic properties (a kind of ‘2 in 1’ functionality), but also that specific electronic properties hold as a function of the element at the surface, i.e. new and specific electronic states are detected only when the surface is Phosphorus-terminated (see Fig. 2). 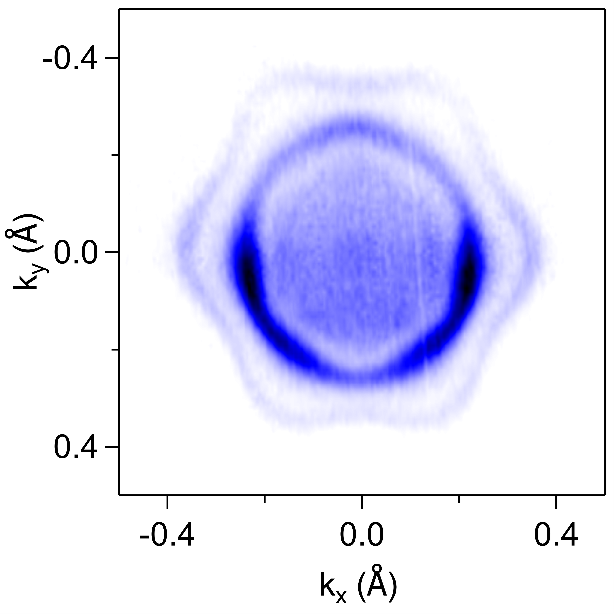 Fig. 2: Experimental Fermi surface of EuSn2P2 measured through Angle Resolved Photoemission at APE-LE beamline. The outer hexagonal feature is present only in the Phosphorus-terminated surface and is linked to the topological properties of the material.

Fig. 2: Experimental Fermi surface of EuSn2P2 measured through Angle Resolved Photoemission at APE-LE beamline. The outer hexagonal feature is present only in the Phosphorus-terminated surface and is linked to the topological properties of the material.

The work by G.M. Pierantozzi et al. establishes the different properties of the surfaces compared with the bulk and the coexistence of long-range-ordered magnetism and topological protection, making EuSn2P2, a ‘quantum detergent’ with ‘all in one’ properties, i.e. a multifunctional quantum candidate for novel quantum spintronics devices.